I'm a lifelong lover of turtles--I loved them as a kid, and when I was about 4 or 5, Ninja Turtles were all the rage, so the hot costume that year for my peers was Ninja Turtle. But me? I wanted to go as a box turtle. So my parents and I made the costume and at every door, people would ask if I was a Ninja Turtle, and I'd say "No, I'm a box turtle!"

When I was about 6 my grandmother's dog found a box turtle in her backyard and she gave it to me (I know now that the turtle should've been left alone, but it was the 90's and this information wasn't widely available). Yurtle (or Yortoise, depending on our mood; we never learned the sex, but I'll refer to Yurtle as a "he" here) lived free range in our house for six or seven years. He would hibernate every winter and every spring we'd hear a familiar thumping as he woke up and started walking around on the hardwood floors. We'd buy him worms from the bait shop nearby and he'd fiercely stand on one end and puuuuuulllllll the other in his mouth until the worm broke, which delighted this little tomboy. He was extremely sassy and I remember that if my dad didn't give him his breakfast (fresh fruit) in a timely fashion, he would get indignant and take to ramming himself into my dad's feet while he was eating breakfast.

My favorite turtle memory, though, is one I share with my dad. Around the age of 7, I got this idea that my dad indulged me in. We'd grab some stale bread or Cheerios and some nets and head down to this dock by our favorite pool, and we'd go "turtle hunting"--we would lure the turtles (mostly red eared sliders) to the dock with the Cheerios, and when they got close enough, we'd scoop them up in the net. We'd examine them and celebrate our victorious catch, then release them back into the water. We did this every summer, 2-4 times a week, from the time I was 7 until I was about 12. I think our best record was 7 turtles in one night, and we even caught a gigantic (we're talkin' 20-30 pound) snapping turtle that hung around that dock a few times! We had two different nets depending on the size of the turtle, and we got really good at it after a year or so. Turtle Hunting was something my dad and I shared and both loved, and he's said that when he dies he wants (at least some of) his ashes spread down by the dock where we used to hunt. I've often thought in recent years about asking him if he'd like to go again sometime, but I've always been stopped by the part of me that thinks I'd look ridiculous doing it as an adult.

The Turtle Hat immediately flooded me with memories of Turtle Hunting and brought a smile to my face. It made me realize that I'd probably have way more fun wearing that hat and looking for turtles than sitting at home thinking about it. I think that when I eventually get the hat, I'm going to wear it and ask him if he'd like to go Turtle Hunting again with me sometime. If I wear your hat Turtle Hunting, I may look silly, but I might also attract some turtles!

Even at 27, I still have that childhood love of turtles--I've been known to run into traffic to get a turtle out of the road, and my favorite place on my college campus (University of Texas at Austin) is a delightful pond full of turtles, called the UT Turtle Pond. I look forward to getting into some turtle-themed mischief with this hat!

Check back soon
Once posts are published, you’ll see them here. 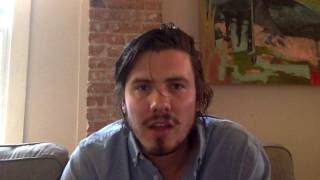 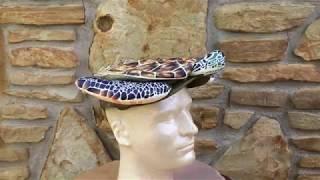